Look, I know I’m not the best singer in the world. Not even close. If I had auditioned for American Idol, Simon Cowell would undoubtedly have made some kind of rude, snarky comment followed by an extremely insulting metaphor. “It’s like a hummingbird laying an egg mid-flight.”

But I like singing. I have always sung, and not just in the shower, either. I have sung in countless church meetings. I’ve sung a solo for a general authority in my church. I have sung in duets and trios and choirs. And even though I was always really nervous, I still performed reasonably well.

One night at a church Christmas party, I was singing in a trio, and my voice disappeared. Literally gave out. I could barely produce a whisper. It had never happened before, and I was mortified.

I don’t know why I was so embarrassed. I was with church members who liked me (I think). It was just a short little song. It wasn’t a big deal. But to me, it was. In fact, it was SUCH a big deal that I quit singing. I never let my voice be heard again in public (aside from singing in the congregation in church). Inside, I kept the shame and the fear alive for ten years. TEN YEARS!

Finally, I decided I needed to overcome my fear. So one day, I mustered up all the courage I had, and I sang on Facebook Live. I sang the song that was my nemesis–the one that had silenced me for a decade. You can watch the video below:

There are three things that happened to me after I made this video:

My daughter’s middle school recently put on the play, “Cinderella” by Rogers and Hammerstein. Right in the middle of his solo, the cute pre-pubescent prince’s voice cracked. I thought he would be mortified. But instead, he just gave a cute little giggle and continued on.

He is my hero. From now on, when I mess up in public (or private), I’m going to give a cute little giggle and go on. Because I should keep singing, and so should you.

If there is anything from your past that has caused you to give up on something you love, it’s time to be brave. Life is too short to waste on regret. Even if you try and fail, you still will have conquered something–your fear. And you can try again.

“A life lived in fear is a life half-lived.”

–from the movie Strictly Ballroom 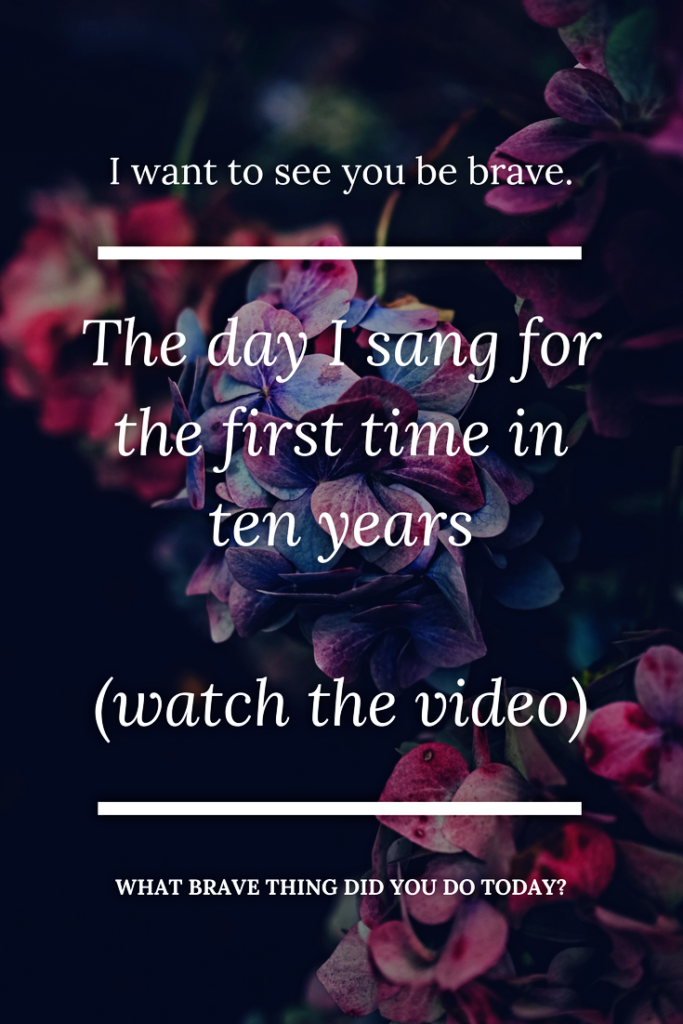