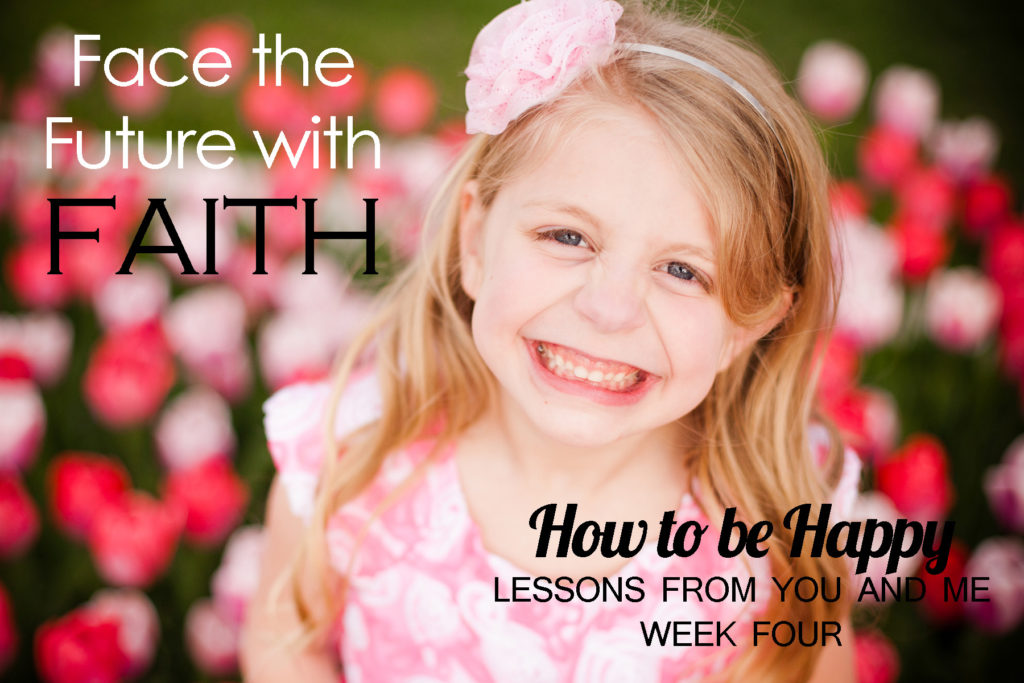 In my post “10 Sure-fire Ways to be Absolutely Miserable,”  I listed “Dwell on the past” as a barrier to happiness. The opposite of dwelling on the past is facing the future with faith. I thought of calling this post, “Looking Toward the Future,” but I realized that some people view the future with fear and trepidation. This obviously will not plant the seeds of happiness.

On the other hand, some people remember their past with fondness and longing. Perhaps they were beautiful and popular, talented and useful. Now, because of age or accident, they can’t do the things they used to be able to do, and this causes them great sadness.

I’m not saying we should never look to the past, and that we should not ever mourn what once was, or what could have been. But when we take up permanent residence in the past, we miss out on all that is wonderful now, and all that can be wonderful in the future.

Tim Hurst lost his leg in a motorcycle accident in his 20s. He went through a period of mourning and despair, wondering what to do with his life. Watch this inspiring video to find out what he did, and the thoughts he had, that helped him overcome what most people would consider a tragedy. Click here to watch the short video.

When Thomas Edison was 67 years old, 10 buildings in his plant burned down, destroying over $23 million (in today’s dollars) worth of priceless prototypes and records. Can you imagine? What would your response be? Utter desolation? Anger? Tears? I would probably be emotionally destroyed and lament endlessly over what was lost. I might give up altogether. Edison’s response is shocking, but instructive. First, he told his son to run and get his mother and all her friends, because “they’ll never see a fire like this again.” The next day, while surveying the damage, he said, “There is great value in disaster. All our mistakes are burned up. Thank God we can start anew.” Three weeks later, he delivered the first phonograph.

In the classic Disney Movie The Lion King, Simba (a lion whose father was killed early in the movie) meets up with a seemingly crazy monkey who teaches him a valuable lesson by whacking him with a stick.

“It doesn’t matter! It’s in the past!” the monkey gleefully replies.

“Yeah, but it still hurts.”

“Oh yes, the past can hurt,” the monkey says, “but the way I see it, you can either run from it, or learn from it.”

What if you adopted that viewpoint for your life? What if you were thankful for what you learned in the past (even your mistakes) and looked toward the future as a new opportunity to learn and grow? I love what the fictional character, Anne of Green Gables says: “Tomorrow is a new day with no mistakes in it.”

You may be tempted to think that you are too old, or too tired, or too (fill in the blank) to face the future with faith. Unless you are dead, you are not too old. If you are reading this, no matter your age or stage in life, there is still cause to have faith for the future.

I challenge you to let go of your past and make plans for the future, even if you can only think as far ahead as tomorrow. If you need to have a funeral for your past and bury all the painful things you have been holding onto, then do that. You can even write them all down, put them in a box, and bury the box. Or burn it. Or send it out to sea. What will you do with your future? Leave your comments below!

And remember, if you missed any previous installments in the Happiness series, you can find them all on my Happiness page. 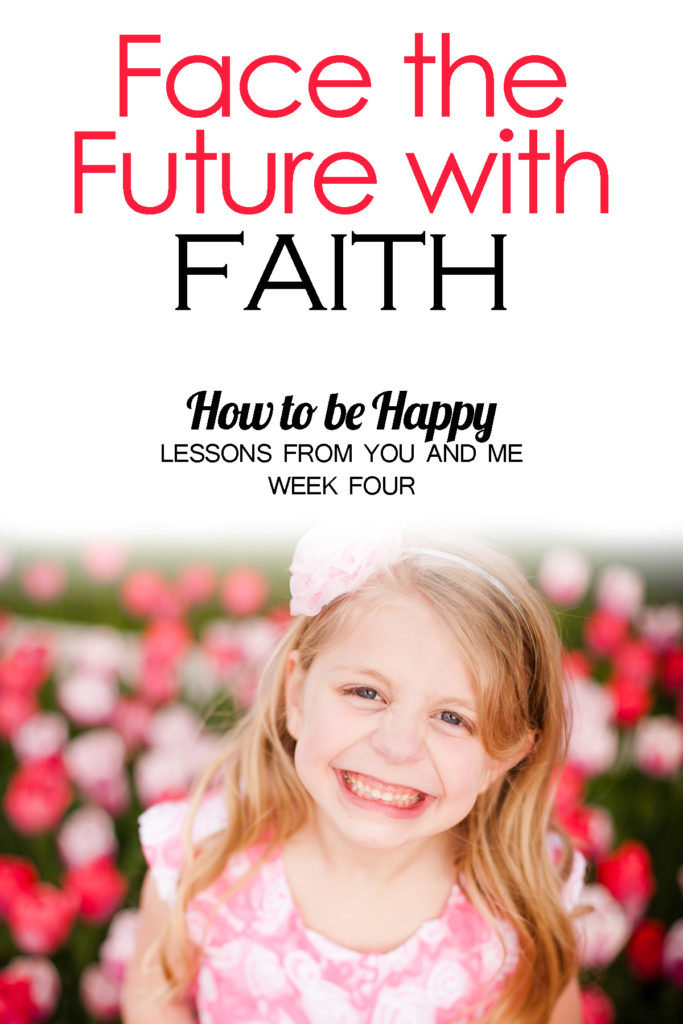