The movie, Wonder, based on the book by R.J. Palacio is a touching, real picture of the power of kindness. I can’t wait to see this movie again! 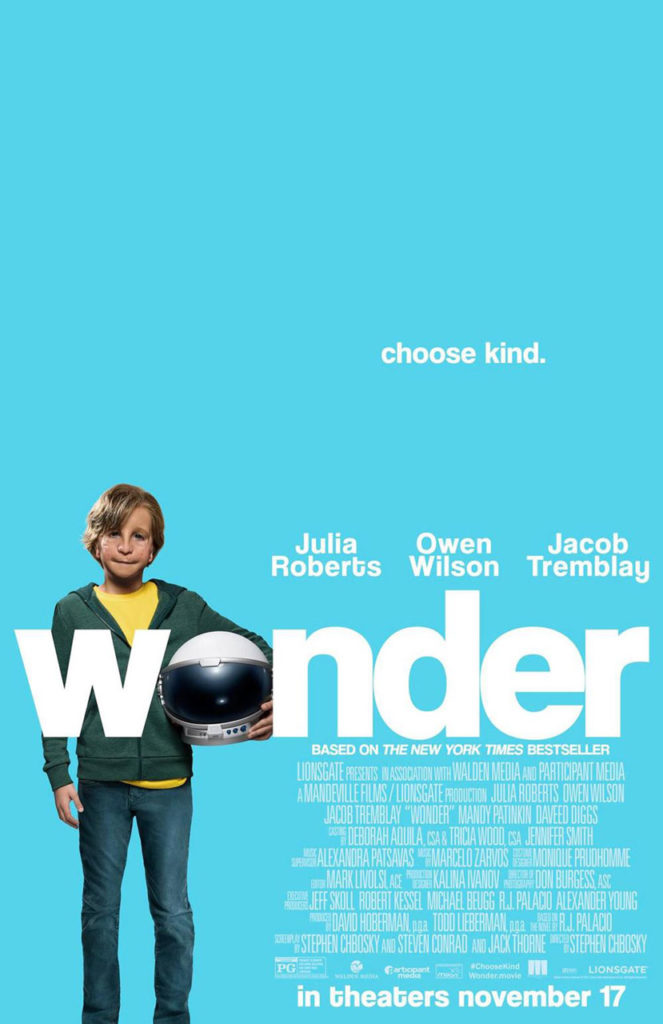 Auggie Pullman is that kid in the movie Wonder, based on the book of the same name by R.J. Palacio.

It’s not often that I watch movie previews and get excited. But when I saw the trailer for Wonder, I got excited. I may have cried a little. And I knew that I needed to see this movie.

To my surprise, I was invited to a sneak-peek advanced viewing. My husband and two of my daughters drove for an hour in rush-hour traffic to a theater clear across town to see the movie. On the way as I watched the red and yellow polka dots of car lights that went on for miles, I thought, “Maybe I shouldn’t have said ‘yes’ to this.” My 15-year-old was in the back seat, trying to read her history text book by light of her cell phone. My 10-year-old and had never read  Wonder and was ambivalent about coming.

But once we arrived, everyone’s moods perked up. The theater was large and fancy. We got free Wonder t-shirts, and a light that projects stars onto your ceiling. We got to sit in prime seats marked for “Press.” My kids were hating me less and less as the minutes passed, despite the fact that we all had to turn in our cell phones before entering the theater.

Then the movie started, and we all fell in love with Auggie, his parents and sister, school principal, and Jack.

I knew Auggie and I were kindred spirits when he corrected another kid for saying “supposably” instead of “supposedly.” This happens as he is touring his new middle school with some kids who were hand-picked to be his assigned friends. Let’s just say that sometimes assigned friends are a good idea, and sometimes they are not.

Auggie has been home schooled his whole life, and has worn a space helmet for a great deal of it to cover his face. Auggie was born with facial deformities, and despite his 27 surgeries, does not look normal. He will never look normal.

In one touching scene, Auggie asks his mother why his face is so ugly.

Another scene in the movie shows Auggie being pelted with a constant volley of balls in gym class. “What evil man invented Dodgeball?” has asked. My teenage daughter and I would also like to know!

I LOVED this movie. The acting was incredible, especially by the kids. I never once felt that anything was unrealistic or improbable (except for one mother’s incredible Photoshopping skills, which just killed me!) I felt so much empathy for each of the characters in this movie. I felt the fear and desperate hope of the mother as she drops Auggie off for his first day of school and prays, “Dear God, please make them be nice to him.” I felt Auggie’s teenage sister’s disappointment knowing that her brother was the sun in her parents’ universe, and she would always be in second place. I felt the principal’s empathy and kindness toward Auggie, and applauded how he dealt with bullies.

I laughed, I cried, I smiled and I sighed. I was thoroughly sucked in from beginning to end. The message of this movie is so wonderful, and something that the whole world needs.

When given the choice between being right and being kind, choose kind.

Be kind, for everyone is fighting a hard battle.

As we left the theater, my 15-year-old daughter joyously said, “Ten out of ten. I approve.” 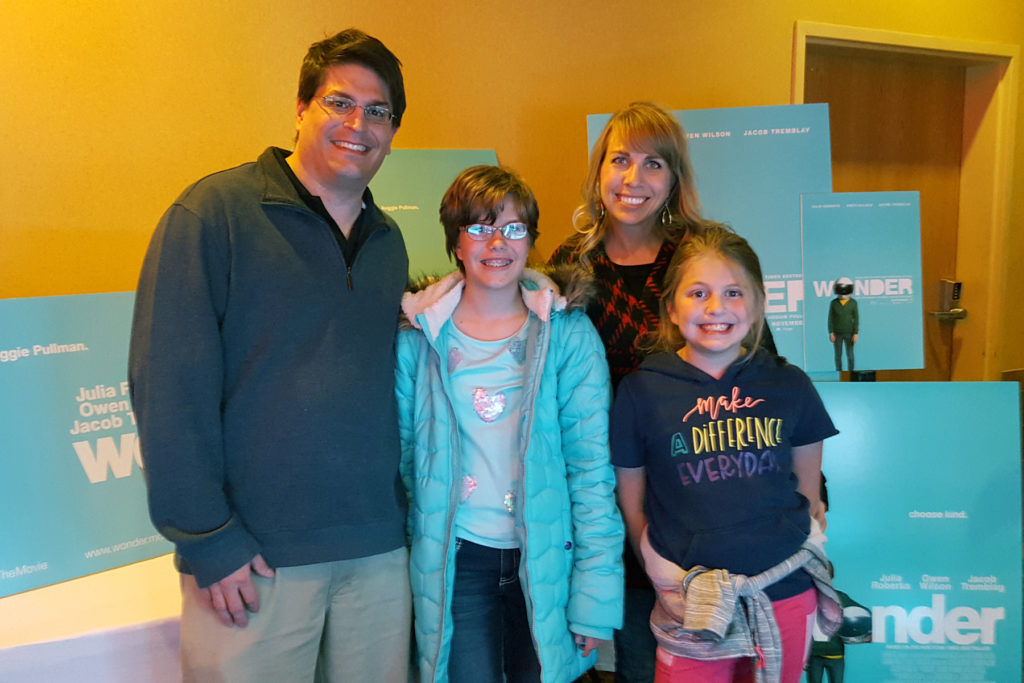