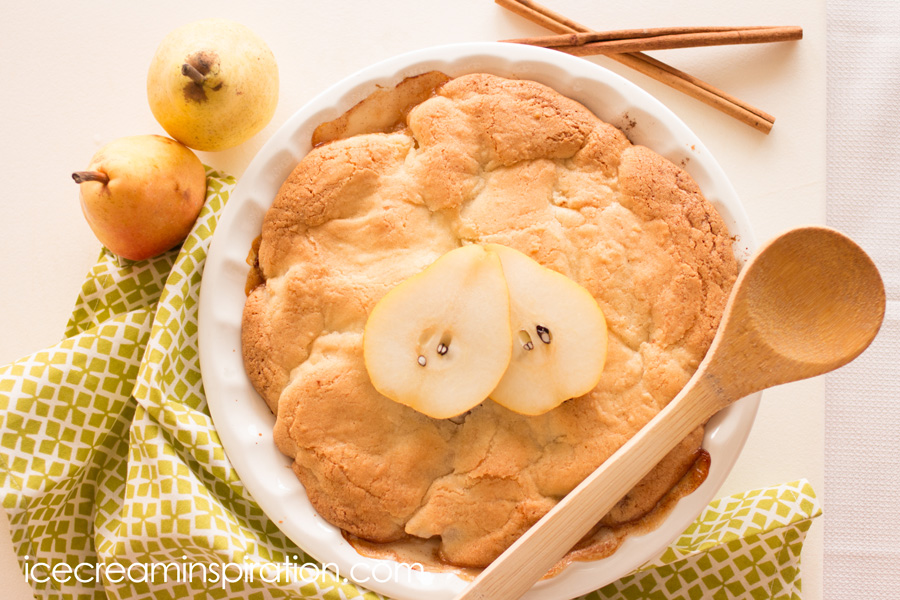 Once I was putting together a cookbook for my church congregation. The lady who submitted this recipe (among others) told me I could pick and choose which to include. When I told her I was cutting this one, she said, “Oh no! You have to put that in. It is SO good!”

Turns out, she was exactly right. Her original recipe was for Swedish Apple Pie, but I decided to try it with pears, and I have never had it any other way.

This recipe is deceptively simple, but amazingly addictive. The one HUGE problem with this recipe is that it only makes one pie, and that is not enough. I could eat the whole pie, by myself, in one sitting. I kid you not.

The major upside to this recipe is that it does not involve an actual pie crust, and you know how I feel about pie crust. Or if you don’t, you can find out by reading about my rocky relationship with pie crust.  Anyhoo, top this rustic dessert with a dollop of whipped cream or some vanilla ice cream and you will be in heaven. Then make another pie because your family will be begging for more.

You’ll need to start with about 5 ripe pears. Peel them, then slice them fairly thinly. Place them in a pie plate. 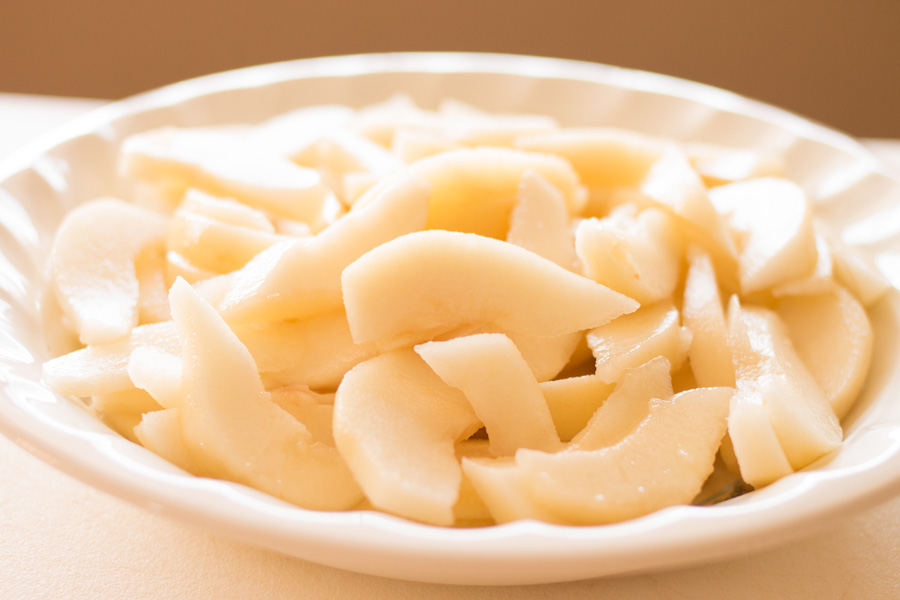 Then you’re going to sprinkle it with a liberal amount of sugar and cinnamon. 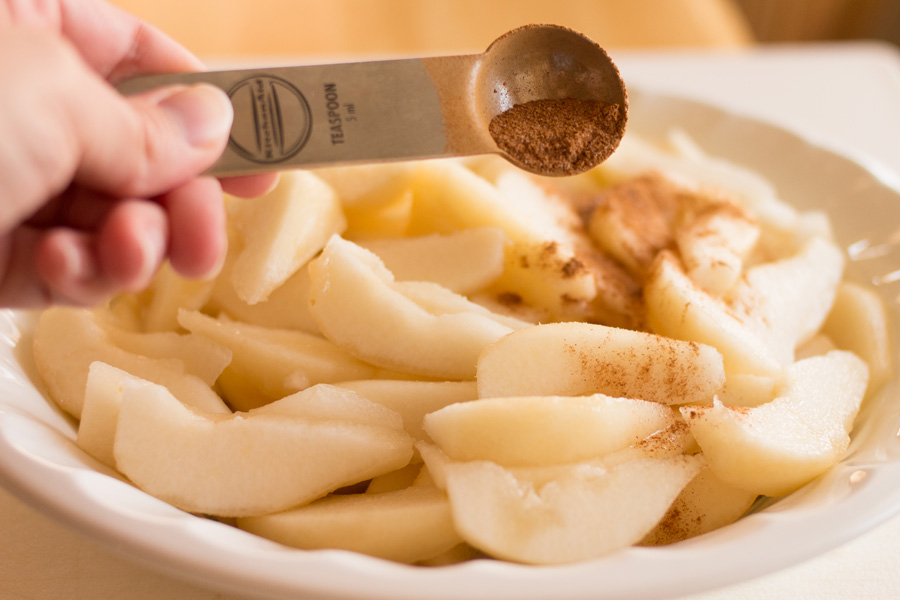 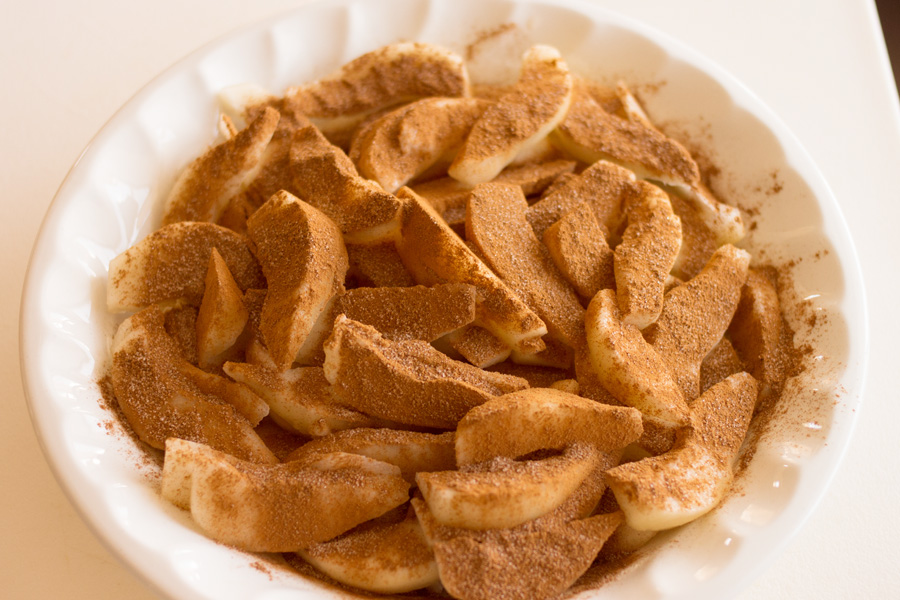 Then you are going to place dollops of the thick batter on top and try to spread it out the best that you can. Don’t worry about covering everything perfectly, because it will spread while baking. 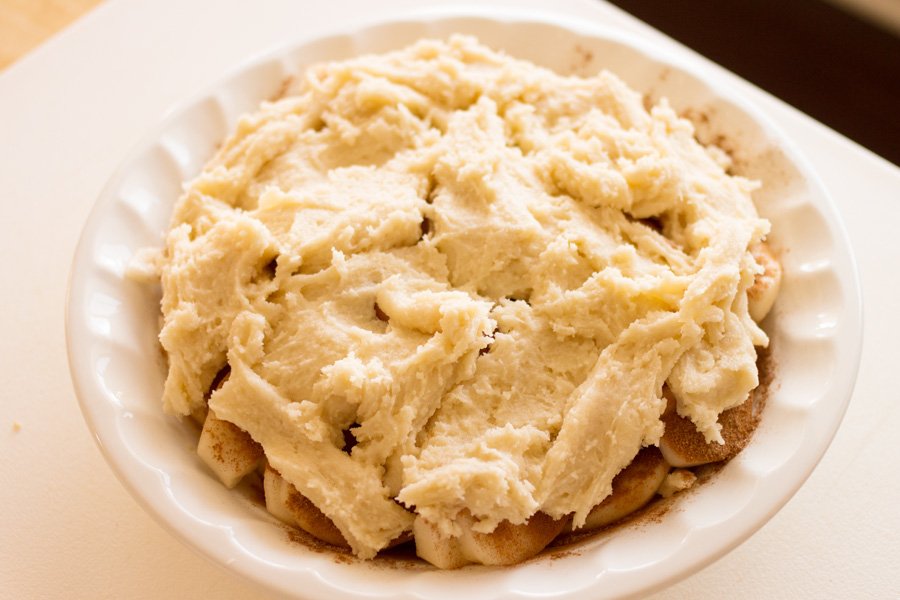 Then you bake it, and it comes out looking so beautiful! 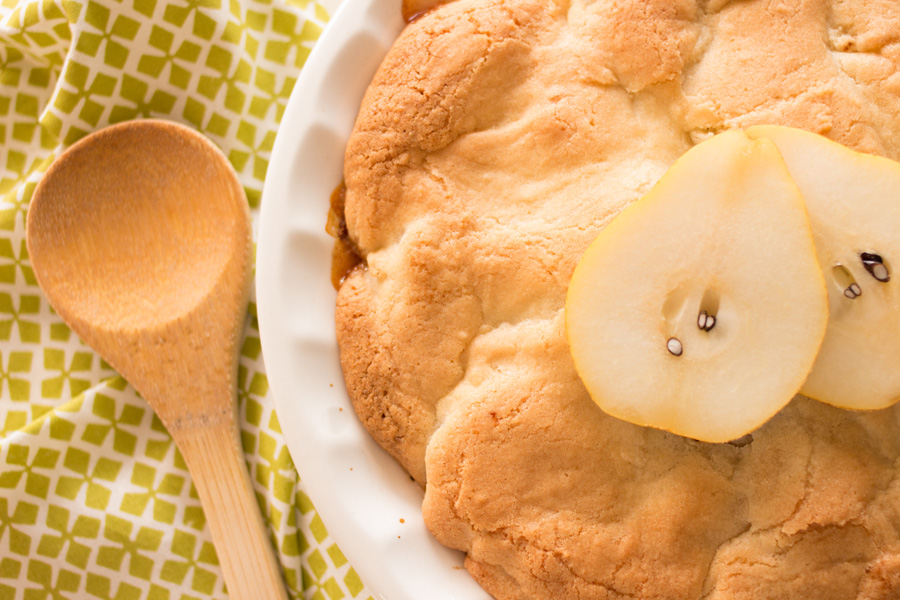 You can also make this recipe with apples if it is not pear season. Either way, you are going to love it! 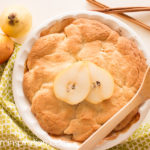 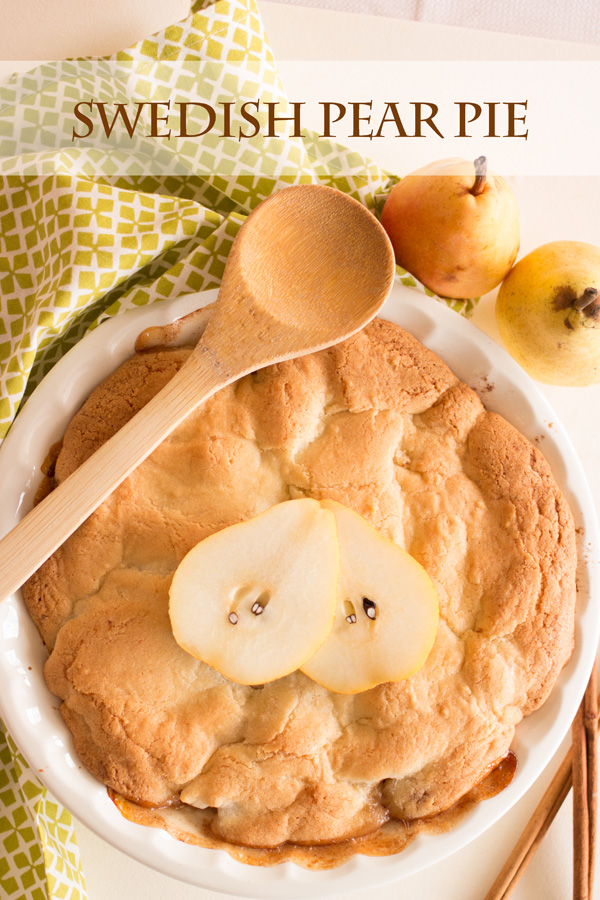 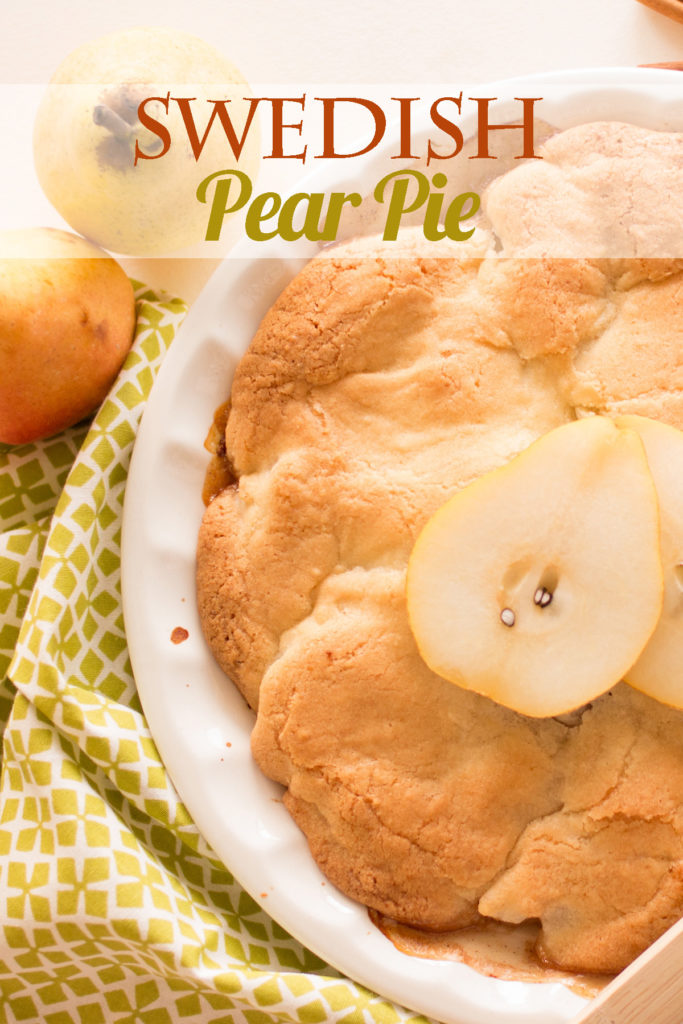