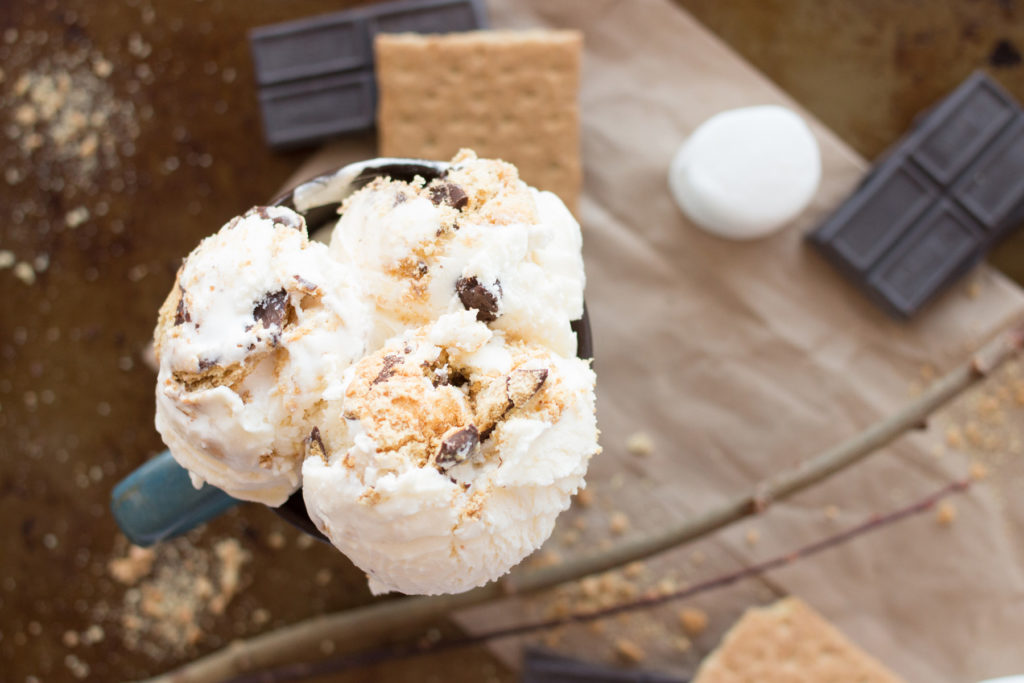 Then we took off our clothes, revealing the tank tops and “briefs” we were wearing underneath. (Our “briefs” were shorts).

It was skit night at girls camp, and we had come up with a really AWESOME skit. One we were sure would win us the “Best Skit Ever in the History of Mankind” award. (I just made that up. There is no such award. To my knowledge).

We had a surprise during this skit. Something that had never been done before. Something so revolutionary and shocking that it was almost unspeakable.

My fellow newscaster and I sat down on the wooden stage and began to relay the news for the evening. The other girls in our unit acted out each story on the stage behind us. Each story was ridiculous and totally improbable. I don’t remember any of the news stories that night.

It was the story of Dolly Parton getting breast reduction surgery. (Where was our adult camp leader when we proposed this idea?) We had a girl lying on a table, covered with a sheet while two surgeons worked on her. What nobody knew (except us) was that there was a plate of raw chicken skin behind the sheet.

“There seems to be a lot of excess flesh,” one of the surgeons remarked. Then she and the other surgeon…

BEGAN FLINGING THE RAW CHICKEN SKINS INTO THE AUDIENCE!

I can still remember the horrified look of a girl on the front row as a chicken skin splatted across her knee. (Is “splatted” a word? I’m not sure. Let’s get on with the story).

That was the last story in the newscast. I am shocked that we were not severely punished for these shenanigans of a most unsanitary and insulting nature.

And do you know what?

I THINK THE WHOLE THING WAS MY IDEA!

Those of you who know me are appalled right now. How could I, miss propriety and a card-carrying member of  “Germophobes R Us,” ever have come up with such a wretched idea?

I don’t know. And I plead the 5th. And I blame everybody for not stopping me.

This is my advice for you. Don’t EVER throw chicken skins, under ANY circumstance. Especially not when there are teenage girls around.

Eat smores instead! (I bet you were wondering how I was going to work in the smores angle 🙂 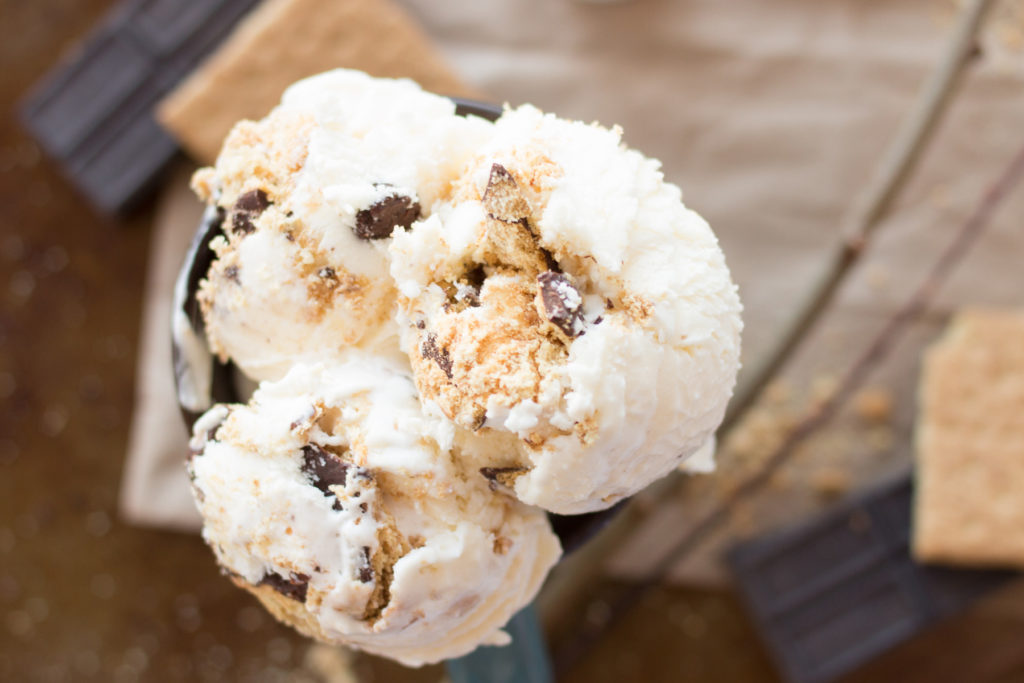 Smores are the quintessential camping treat. Actually, the only camping treat, unless you count those ill-fated Dutch oven desserts which always seem to burn on the bottom and not get done in the middle.

But you really can’t go wrong with smores. Even if your marshmallow catches on fire, it is still good to eat.

So if you want to have the feeling of camping without actually going camping (and because you also want to avoid fire and outhouses) then this Smores Ice Cream is perfect for you!

Graham crackers, chocolate, and marshmallow fluff, all mixed into a classic vanilla ice cream. No chicken skins in sight. 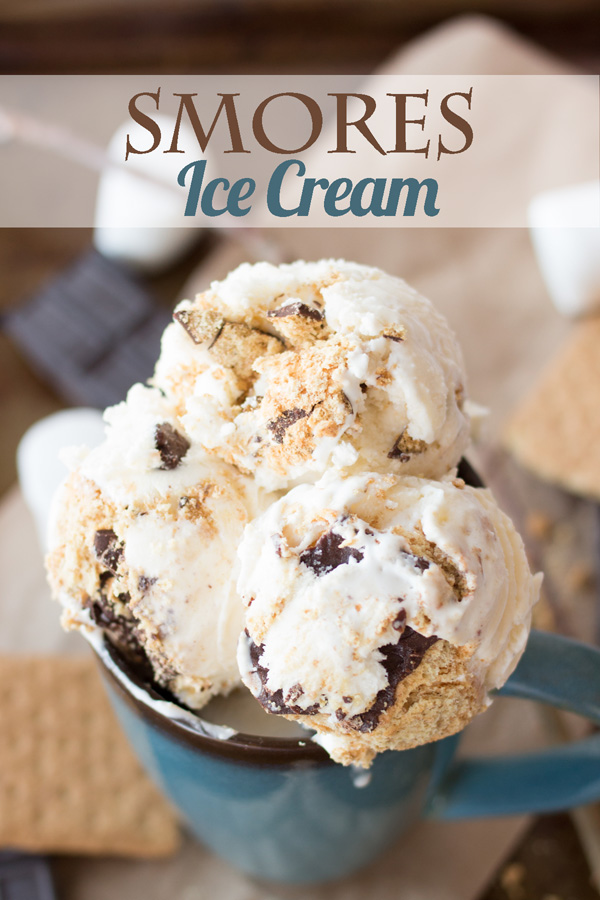