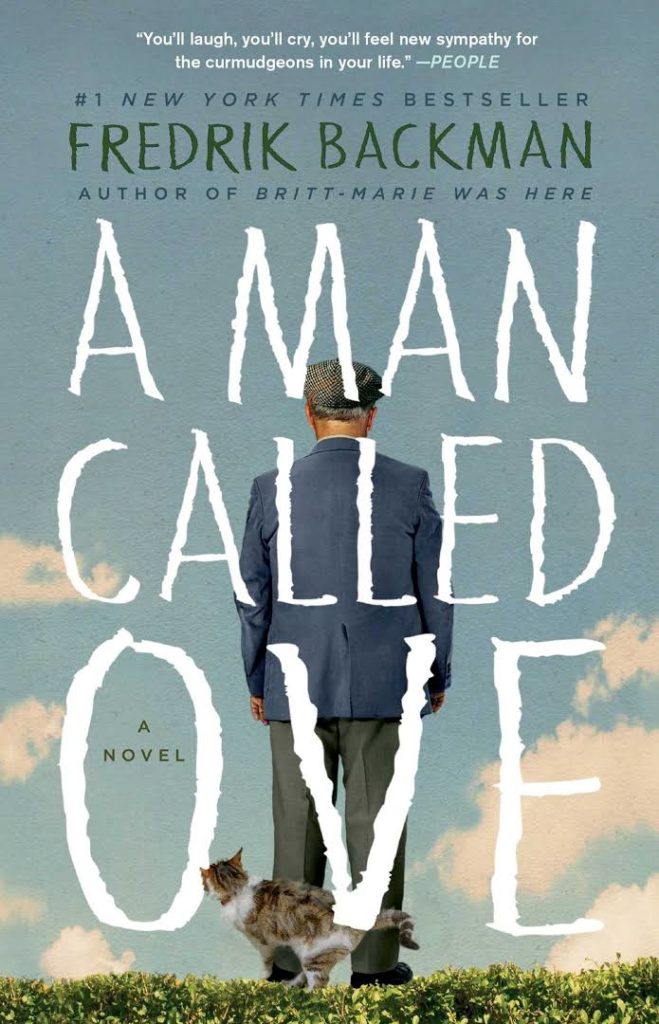 This is a book written by a Swede and translated into English. The translation is astounding. The man who did it knows English better than I do.

The story is about an old, grouchy man who is the self-appointed neighborhood policeman. If the sign says, “no parking, ” you darn well better not park there. He had a best friend, until that best friend quit buying Volvos and bought a BMW, which was tantamount to high treason. Men in white shirts constantly show up in his life, trying to tell him what to do. They force him into retirement at the age of 59. They show up and tell him that his house insurance was phony, and that they can’t do anything about it when his house burns down. He’s bitter about everything. But what he’s most upset about is the recent passing of his wife. All he wants is to be with her. But life has other plans.

These plans present themselves in the form of new neighbors who back over his mailbox with their moving truck.  Despite his anger and insulting manner, these people (a pregnant Iranian woman with her Swedish husband and their two daughters) insist on liking him, much to his consternation.

The narrative goes back and forth between Ove’s present life and his former life. We learn how he meets his wife, and how he rides the train an hour and a half in the wrong direction, just to sit and talk to her. We learn of a trip he takes to Spain with his wife, and how it changes everything.

The story is told in such a delightful way, and the similes are just brilliant, especially when the author tells us what Ove is thinking. Many of his thoughts about his neighbors are downright insulting, but I laughed in spite of myself.

“In the house next to Ove lives the twenty-five-year-old who’s almost a quarter-tonner. With his long feminine hair and strange T-shirts. He lived with his mother until she died of some illness a year or so ago. Apparently his name is Jimmy, Ove’s wife has told him. Ove doesn’t know what work Jimmy does; most likely something criminal. Unless he tests bacon for a living?”

Although Ove is a thoroughly un-likeable character, you find yourself liking him anyway. At the end of the book, something so ironic and unexpected is revealed that I laughed out loud. It was the perfect ending.

If you get a chance, pick this book up from your library or order it here from Amazon. It’s so funny and touching. You’ll love every minute of it.

My rating: PG-13 for language.

Inspirational: 4 out of 5 points.

They’ve also made a movie of this book. It is Swedish with sub-titles, but I really want to get my hands on it! Here is the trailer: