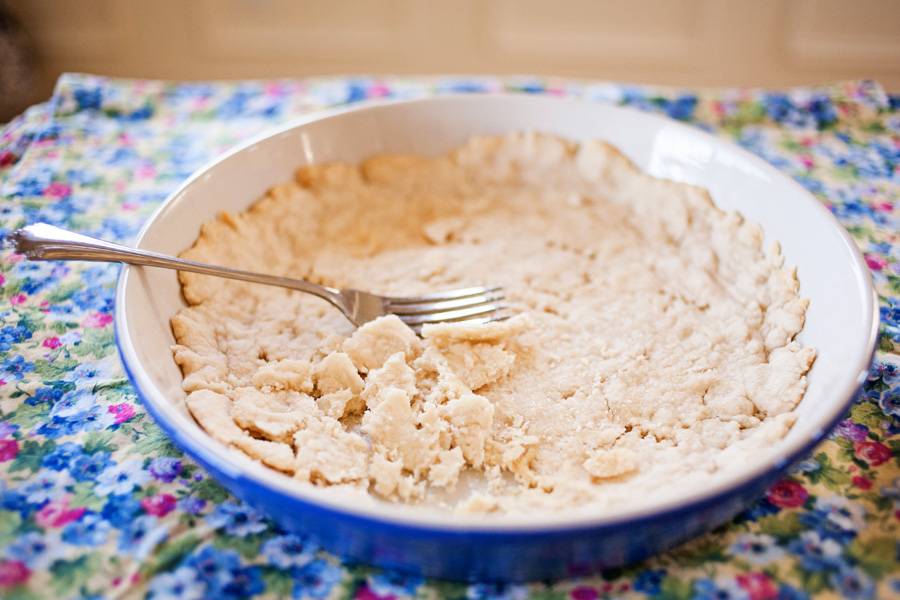 Pie crust is my nemesis. If I wrote odes of odiousness about food, pie crust would be at the top of the list. Actually, that is not true. Squid would be at the top of the list, closely followed by konnyaku (a Japanese type of “potato Jello” that is a crime against nature, which I actually have written a treatise on which I may share with you at a later date). I don’t object to pie crust because of how it tastes, however, but because I simply cannot conquer its making.

One day I thought to myself, “This is ridiculous! I am an intelligent person! I am a whiz in the kitchen! I figured out how to make truly crispy breaded Chinese chicken! I can certainly make the perfect pie crust!” So I consulted Martha Stewart. I used her recipe packed with butter and ice water. I flattened the dough into disks. I refrigerated them for the prescribed time. I rolled out the dough, transferred it to the pie dish (without using any pseudo-swear words, or real swear words) and I even did a fancy braid with the crust along the edge. It looked beautiful! I thought to myself, “Finally! I have made a masterpiece!” Then I baked it, and the crust on the sides all slid down into the middle, and the middle puffed up like a German pancake. The braid I had so carefully laid about the circumference followed the rest of the crust into the center of the dish, like a disappointed child forlornly following his mother after she just told him he couldn’t have any pie, because there would be no pie, because she COULDN’T MAKE THE DANG CRUST!

Let me be clear. I do make pies. Twice a year. On Thanksgiving and Christmas. Because I feel obligated as an American to make Pumpkin Pie and Chocolate Pecan Pie on those occasions. However, the crust is never pretty, and I never have a lovely time making it. Ever.

So I came up with a brilliant solution. Pie ice cream, with pie crust that does not have to be pretty! I bake up an ugly pie crust, break it in pieces, and throw it in the ice cream. Voila! Problem solved.

This pie crust is so easy and fast to make. No butter. No forming into disks. No chilling. Just mix it, press it, and bake it. This is my mother’s pie crust recipe, which she uses for every pie she bakes. She has no problems with it, and never even thinks to say bad words or tell it “Good night!” in an exasperated tone. She rolls it out and makes pretty crusts with it, though, so I suppose you could, too, if that were your aim.

And if anybody thinks they have a recipe for pie crust that even I could conquer, (for use with actual pies) please leave it in the comments or send me an email. Some day before I die, I would like to actually enjoy making a pie. 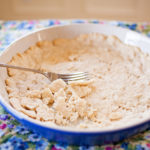 Print
Pie Crust for Ice Cream
Author: Melissa Howell
Ingredients
Instructions
Ten percent of the net proceeds of this blog are donated to Operation Underground Railroad, a brave organization that saves children around the world from trafficking. To learn more and to donate, please visit ourrescue.org.