Follow this easy Mexican Chocolate Ice Cream recipe with no eggs for the best spicy chocolate ice cream you’ve ever had! 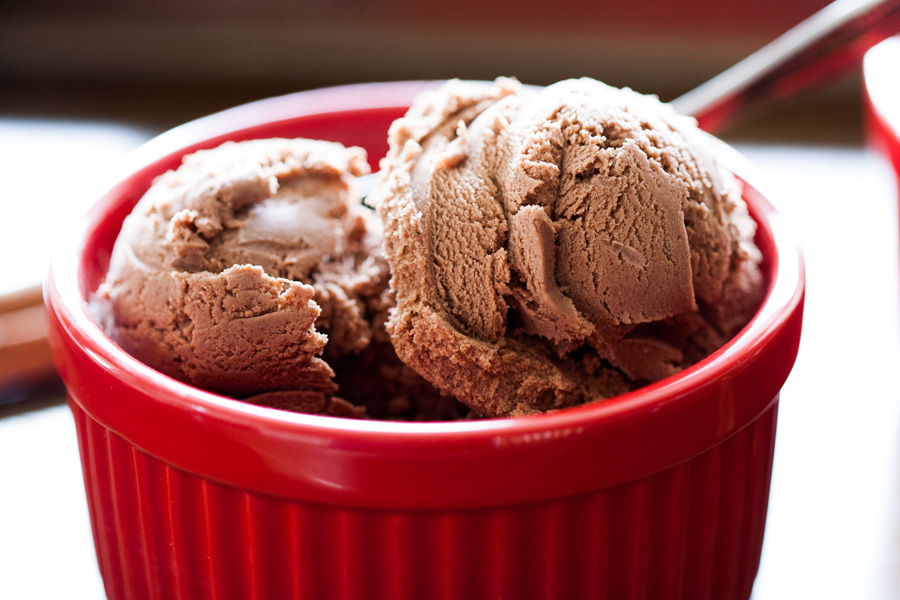 What is Mexican Chocolate Ice Cream?

I’m so glad you asked! Mexican Chocolate Ice Cream is different than your basic chocolate ice cream for three reasons:

1. You use Mexican hot chocolate for the base.

3. You add cayenne pepper. No, I’m not joking. Just a tiny bit goes a long way and it’s what MAKES this ice cream!

Most of us are familiar with classic Mexican fare, but very few of us are aware of Mexican Hot Chocolate. This is a shame, because it is fantastic. It has a deep, dark flavor with a little je ne sai quois. (Don’t you love that I am speaking French while talking about Mexican stuff?)

Where Can You Buy Mexican Chocolate?

(Some stores group the ethnic foods in the same aisle, often putting the Mexican and Asian foods next to each other. So if you find the Sriracha sauce, you might be closer than you think!)

This chocolate comes in large disks that you melt in milk. The instructions on the packaging say to dissolve one disk in four cups of milk. Since we want to intensify the flavor and yet keep the smooth texture of ice cream, we are going to melt one disk in two cups of milk instead of four.

(Originally, I had you use the full four cups of milk and then use 1 1/2 cups of the chocolate milk in the ice cream, but this resulted in a somewhat icy, crumbly texture. I’ve since changed the recipe to eliminate that issue).

You’ll have 1 cup of super concentrated Mexican chocolate milk leftover. If you want to drink it, add another cup of milk before drinking.

Just click here or on the image below to order Abuelita Mexican Chocolate from Amazon with my affiliate link.

1. First, you’ll need to dissolve one tablet of the Mexican chocolate in two cups of whole milk. Just pour the milk into a medium-sized pot on the stove, add the disk of chocolate, and heat over medium heat. Stir occasionally until the chocolate disk is all melted.

2. Pour 1 cup of the hot chocolate into a large mixing bowl and add 2/3 cups of sugar. Stir together until the sugar is dissolved.

4. Put this mixture into the refrigerator to cool for 1-2 hours. (If you want to hurry up the process, you can put it in the freezer. But don’t forget about it!)

6. Add to your ice cream maker and follow the manufacturer’s directions.

That’s it! No eggs or other fancy things! 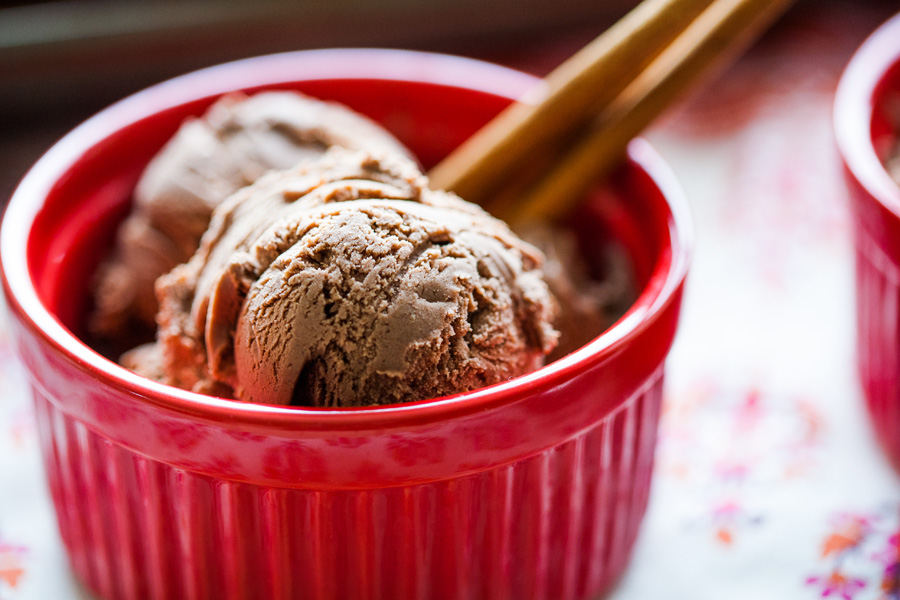 Don’t add extra cinnamon or cayenne pepper. I know it’s tempting, especially if you love both of those spices! But I have tried adding extra of each, and it doesn’t work well. These flavors need to be understated, not take center stage. Especially the cayenne. Just trust me.

What you want is to be enjoying the lovely chocolate and cinnamon flavor and then be surprised by the little kick of cayenne at the end.

The next time you have a Cinco de Mayo party, bring large amounts of this ice cream, and you will elicit phrases such as, “Ay caramba!  Este helado es el mejor del mundo!” (Translation: “Holy crud! This ice cream is the best in the world!”)

Do I have to use whole milk?

When it comes to ice cream you want to use something with a high butterfat content.

If you don’t have whole milk — don’t panic — you can use skim milk, 1%, 2%, or even goat’s milk! Although, I don’t recommend goat’s milk unless you already know you like how it tastes!

Just remember, that the higher the fat content, the richer and creamier your ice cream’s texture will be.

This recipe doesn’t use eggs, BUT, if you’re using milk with a lower fat content you might want to think about adding a few egg yolks to the recipe. The reason most ice cream recipes include egg yolks is for two reasons; they not only add more fat to the mixture but they are a natural emulsifier — which simply means it binds fat and water, resulting in a creamy texture.

Are there any health benefits to eating spicy ice cream?

Yes! Well, kind of — it is still ice cream after all. Ice cream isn’t exactly known for being the healthiest of desserts, but some of the ingredients do have some health benefits*.

(See “What are the Health Benefits of Chocolate?“).

Can I use Abuelita’s Syrup?

Definitely! When I made the recipe, I was unaware that there was an Abuelita Syrup. Now that I know there is an alternative to the tablets, I say go ahead and use it!

What toppings go with this ice cream?

Honestly, there are a few things that come to mind. I think sliced almonds would make a great topping. One reader mentioned that she put strawberries on top, which I think sounds delicious. I even think whipped cream could be nice.

I’d love to hear your thoughts! Let me know in the comments what toppings you’ve tried, want to try, or recommend avoiding.