These Gingerbread Waffles with Cinnamon Cream Syrup will have you begging for more! Full of pumpkin, molasses, and cinnamon, they are the perfect holiday breakfast! 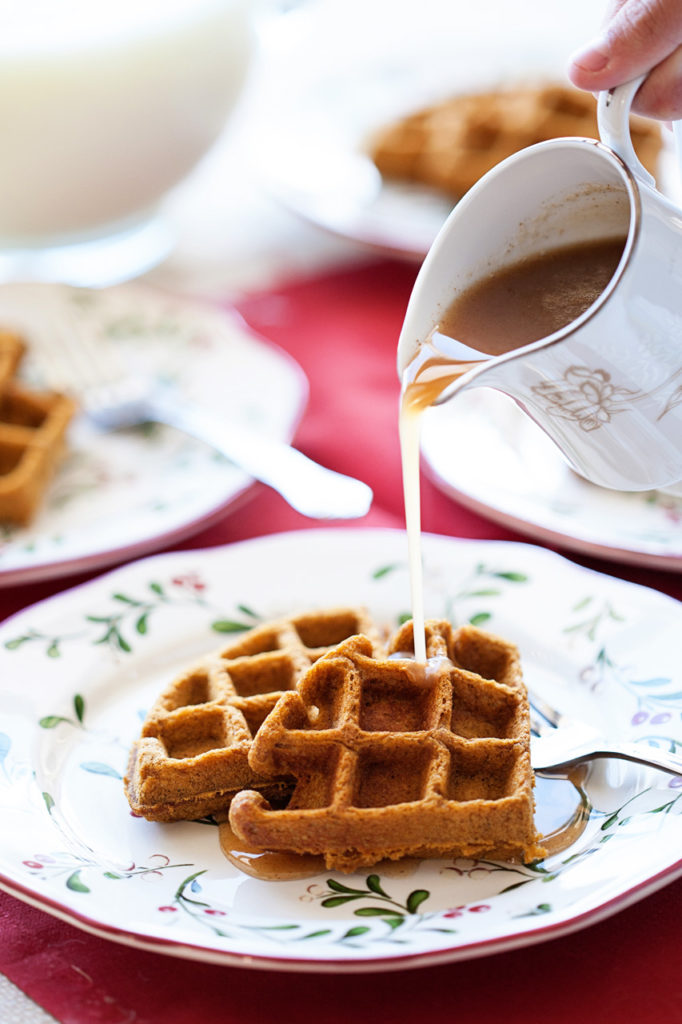 One of the best things about Thanksgiving and Christmas is the food. There are so many amazing things to make and eat. While we often think of all the special food we will make for dinners and parties, breakfast also deserves some extra attention!

These waffles have all the flavors you’d expect from gingerbread brought to you by molasses, brown sugar, cinnamon, ginger and nutmeg. They also have pumpkin in them so you can get some great nutrition.

A couple of notes as you make these. I used a Belgian waffle iron, and I used a large cookie scoop to put the batter into the iron. It took me about 4 large scoops to get the batter to go all the way out to the edges. Although the batter is quite thick, it makes really tender waffles.

These waffles cook very quickly. Watch them so that they don’t get overcooked. They will be very soft when you remove them, but will firm up a little as they cool. I recommend spraying with non-stick spray between each waffle, even if your waffle iron is non-stick. (In the spirit of full disclosure, I had a really hard time getting out a full waffle intact. But that’s o.k.! They still taste just as delicious in pieces!) 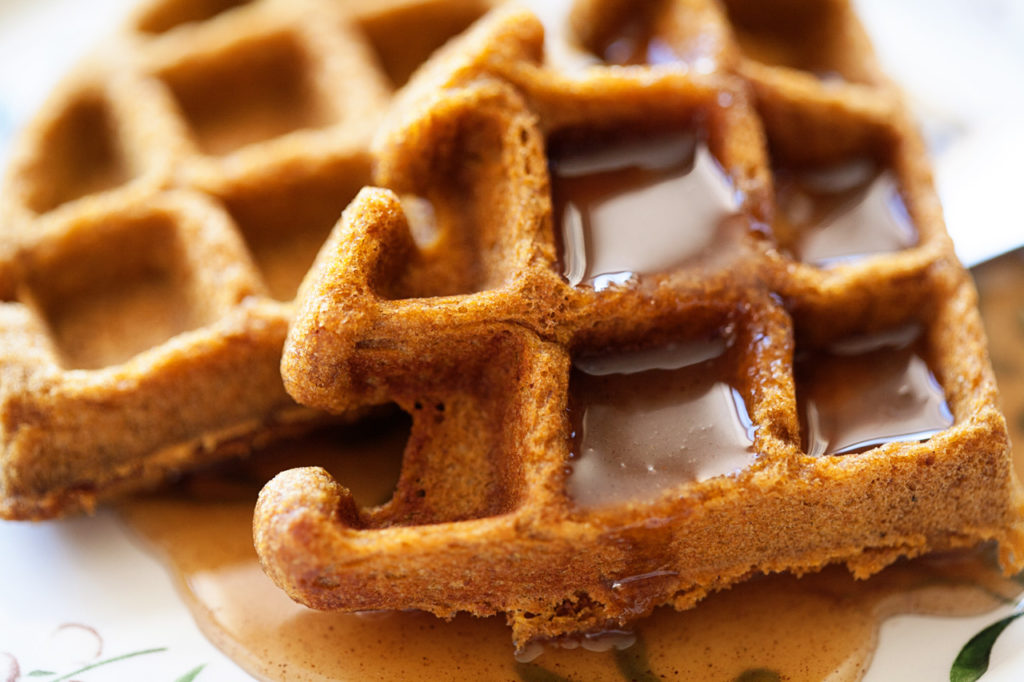 . (This is an affiliate link so you can buy this on Amazon if you wish). I LOVE it! (I got it for myself for Christmas last year). You can cook two waffles at once, effectively cutting your cooking time in half (and making everybody in the family happy because they can get their breakfast faster!) You just pour the batter in one side, close the lid, flip the unit over, and then open the lid on the other side to make a second waffle at the same time!

Definitely put these Gingerbread Waffles with Cinnamon Cream Syrup on the menu this holiday season. They just might become your family’s new breakfast tradition! 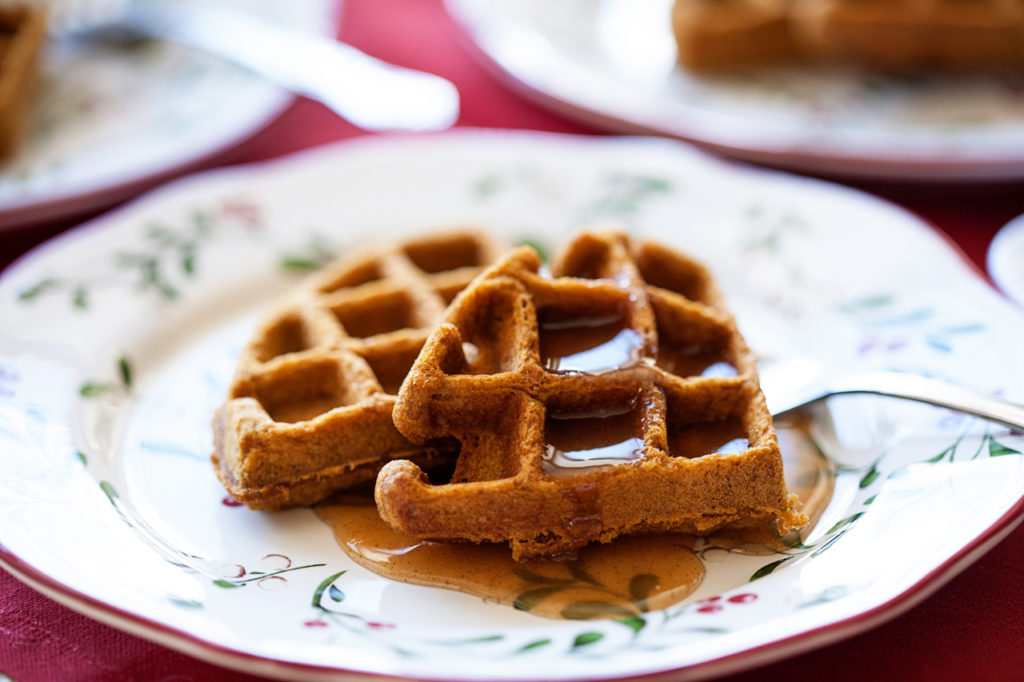 This recipe first appeared on Somewhat Simple where I was a contributor. 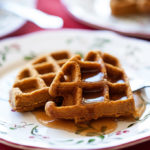 This syrup is quite thin, but thickens as it cools.

For more great breakfast recipes, be sure to visit my “Breakfast Time” section.