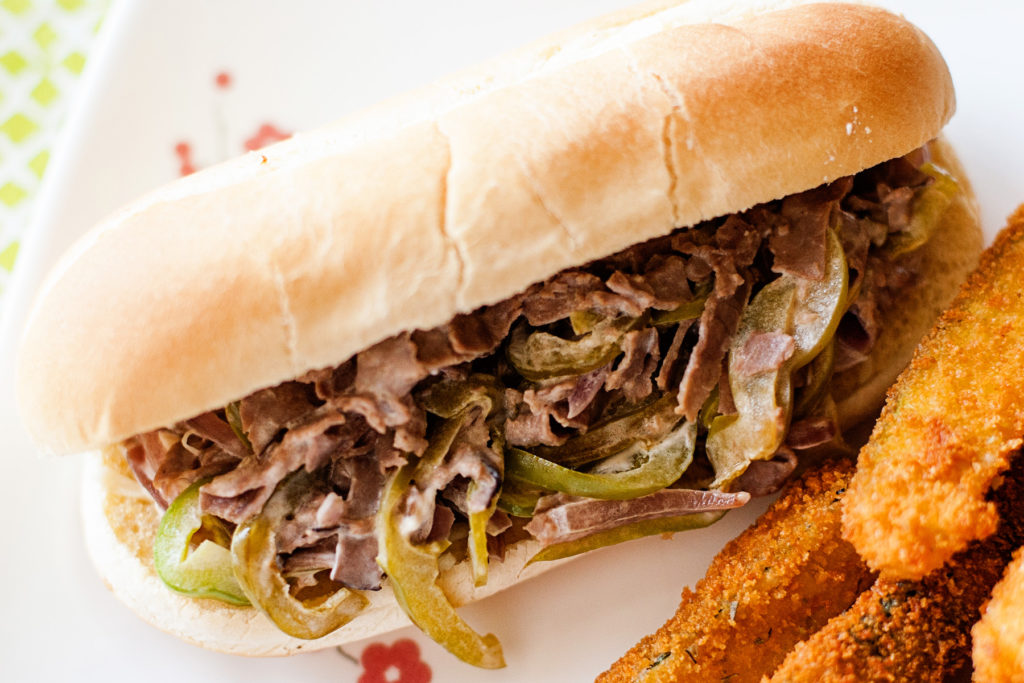 Have you ever been to Philadelphia? If so, you must have had a real life Philly Cheesesteak. And then once you returned home, you probably tried every Philly Cheesesteak on every menu of every restaurant you went to and were disappointed, every single time. At least that has been my experience. The meat is always dry, tough, and usually skimpy. My friend from Philadelphia says that the real travesty is that people use green peppers instead of banana peppers. In fact, what I am presenting to you today will probably spark the righteous indignation of every native Philadelphian. Because as you can see, I used green peppers. I also used deli beef instead of actual beef. The reason I did this is twofold: using deli beef is super easy and time-saving, and it is soft and tender. This solves the problem of tough, greasy meat that I have always found on the sub-par cheesesteak sandwiches outside of Philadelphia.

When I visited Philadelphia, it was to see the historical sites. However, I had the rotten luck of going when there was a “Government Shut-Down” and none of the historical sites were open. Add to that the fact that I went in December and there was rotten weather. On the way to the airport, my friend pointed out the car window (which was covered in rivulets of streaming rain) to the gray, featureless expanse outside and said, “There’s the Liberty Bell.” I saw nothing.

Someday I would like to go back to Philadelphia to see the historical sites. But I’d mostly like to go back so I can have a bona-fide, authentic Philly Cheesesteak again. In the meantime, this sandwich comes in a close second. Make it tonight. Deliciousness awaits! 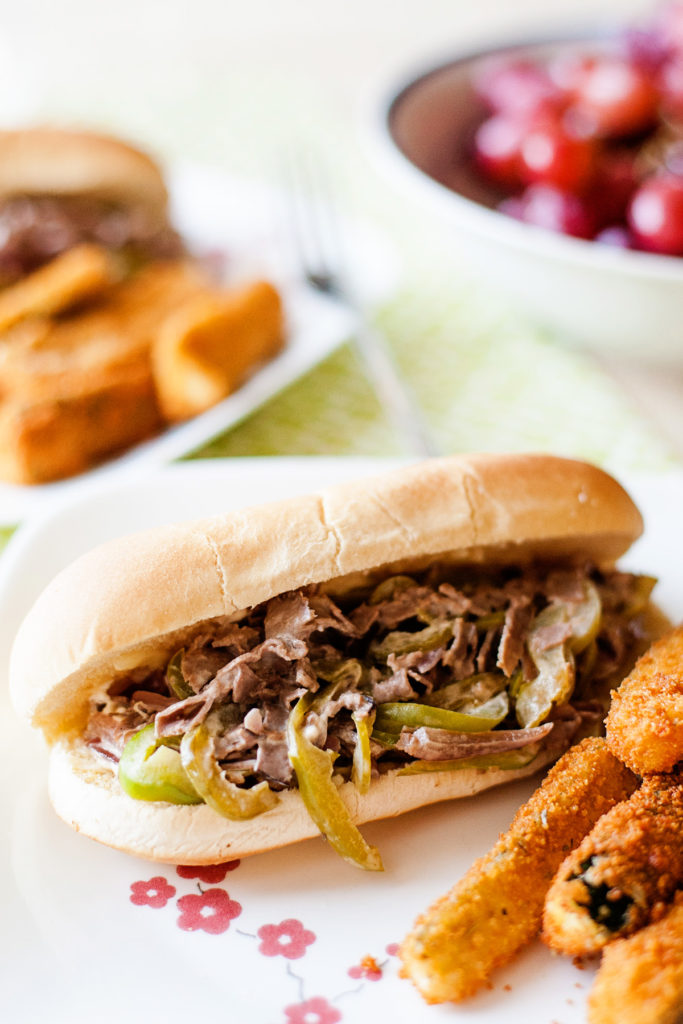 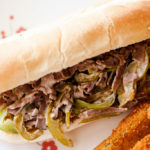 For dessert, why not make some ice cream, like my Dark Chocolate Raspberry Swirl Ice Cream or Blueberry Ice Cream? Either one would be the perfect finish to this simple meal!