I have a confession to make. I do not like cupcakes. I know, I know. It practically makes me un-American. Maybe I don’t like cupcakes because I don’t like cake. Don’t get me wrong–if cake is present, I will most likely eat it. But if I’m going to ruin my vow to eschew sugar, I would much rather cheat by eating cookies or brownies. For some reason, I’ve never found the texture of cake, or cupcakes, to be satisfying. They are either too crumbly and dry, or too spongy.

So last week when I was at church after doing a presentation on a fashion program for the Young Women, I fully intended to skip the treats. My husband, who was also there, never skips the treats. He took a cupcake. I decided to have just one bite of his cupcake. Then I went a got a whole cupcake for myself because it was the most delicious cupcake I had ever eaten. Moist and delicious with a pudding-based frosting that is to-die for, I had to have the recipe. And I had to share it with you. It is the cupcake to end all cupcakes. Not to mention that it features the flavors of my most favorite dessert, banana cream pie.

The batter uses a simple cake mix with the addition of real bananas and banana pudding. And the frosting is a beautiful, fluffy mix of banana pudding and whipped cream. These cupcakes are easy and oh so delicious. Take it from a former cupcake hater. (Well, not really a “hater.” More like a “disliker.” Is that even a word?) Just make these cupcakes, o.k. You’ll be so glad you did. 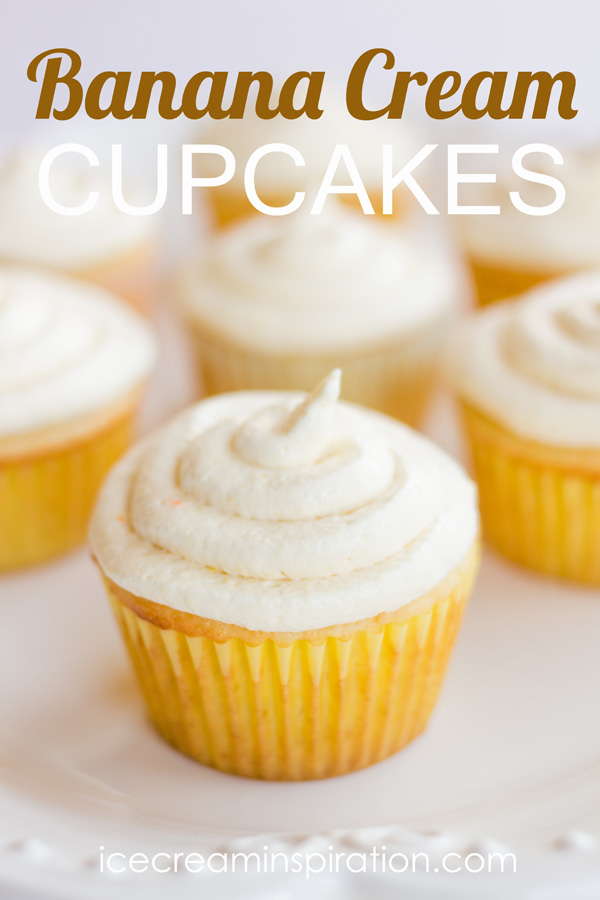