Pray this never happens to you. 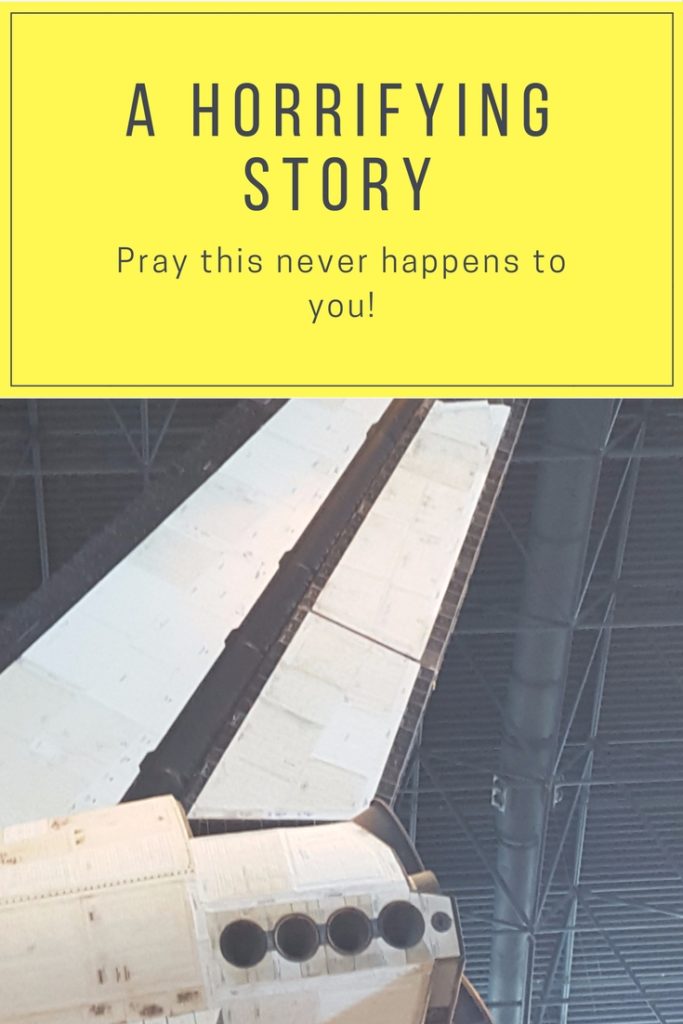 I have a story to tell you today. This is a horrifying story that I’m afraid all too many of you can identify with. It’s a story that involves a child tossing their cookies at the worst time in the worst possible situation. This is The Throw-Up Story to End all Throw-Up Stories.

I happen to be a vomit expert. This is because my oldest daughter had reflux as a baby, and was also allergic to practically everything. This meant that she threw up every day of her life (I am not exaggerating here) until she was 18 months old. I have SO many stories I could tell you about vomit, but this one tops them all. And it involves, surprisingly, an entirely different child.

Our story begins on a cloudy October day in Washington D.C. Nobody in our family knew it, but we were about to have an experience that would live in infamy, and be recalled for years to come. Our youngest child was about to become a national security threat.

We were driving downtown to visit The Smithsonian. In the car, my second daughter was reading out loud from her favorite books, the Weird but True fact books from National Geographic. She informed us all that crabs are distant relatives of spiders, at which point my youngest daughter (hereafter referred to as “The Threat”) said, “That’s gross” and asked daughter number two to stop reading. But daughter number two did not stop reading. She kept sharing weird but true facts with us, despite The Threat’s protestations and announcement that she was going to throw up because of the nauseating nature of the information being shared. But The Threat never got sick (she is our healthiest child, despite actually drinking from the toilet as a toddler), so we did not take her seriously. This was a big mistake.

By the time daughter number two got to the fact about helium balloons lifting a whole house into the air, The Threat was about to lose it. We realized she was serious about throwing up and we sprung into action.

We yelled at daughter number two to reach into the back of the car and grab a plastic bag, of which there were many, for her sister to throw up in. She grabbed the ONE bag that was full of trash, hurriedly dumped it out all over the back of the car, and gave it to her sister. This is where I learned item number one:

So there we are, driving 65 miles per hour down a busy Washington D.C. freeway with nowhere to pull over, with The Threat heaving in the back seat. The vomit landed all over her leg and hands and the seat and bottom of the car. None of it landed in the bag. Some landed on the side of the bag, but that was no consolation at all. Since she was seven at the time, we had foolishly thought we could stop traveling with baby wipes. Or anything remotely useful in these types of situations. We had nothing to clean her with. No “magic mom” moment happened when I suddenly came up with a brilliant idea and saved the day. She just had to sit there in the car the rest of the way, in heavy morning traffic, wearing her breakfast.

About twenty minutes later, we pulled up to the Ronald Reagan Building, which has a parking garage the public can pay to park in. Before you enter the garage, security personnel inspect your car. They take mirrors on sticks and glide them underneath to check for bombs. They open the trunk. They open the passenger-side door where a seven-year-old is sitting covered with copious amounts of vomit….

“OH GOSH, I did not need to see that!!” the security guard said as she hurriedly retreated from the car and waved us in. This is where I realized that:

2. Vomit is a national security threat.

Think about it. What if it had been a terrorist covered in vomit? They would have been granted entrance, no questions asked. As we swirled our way to the bottom of the parking garage, we saw a sign that said VALET PARKING ONLY. This meant they were valet parking everyone’s cars. Except ours. When the valets sized up the situation, they changed their policy (we felt so special) and allowed us to park ourselves. At this point, I took The Threat into the building to try to clean her off in the bathroom and left my husband and other daughters with the bulk of the mess still in the car. I honestly don’t know how he managed to clean what he did. All I know is that I was having a devil of a time cleaning my child with the paper towels in the bathroom. They were completely ineffective and just disintegrated as I wiped them on her pants. All I did was rub the vomit into the fabric of her jeans where it seemed to meld with the fabric and hold on for dear life.

“Well,” I thought, “we’ll just go to the Smithsonian gift shop and buy her some sweat pants with a spaceship on them or something.” This is when I discovered:

3. The Smithsonian has no action plan for vomit.

If you’ve never been to “The Smithsonian,” you might not know that it is not a single museum, but a whole complex of many museums stretching for what might be a mile. Certainly, with the many museum gift shops, we could find some exorbitantly expensive pant-like clothing that we could place on our child. 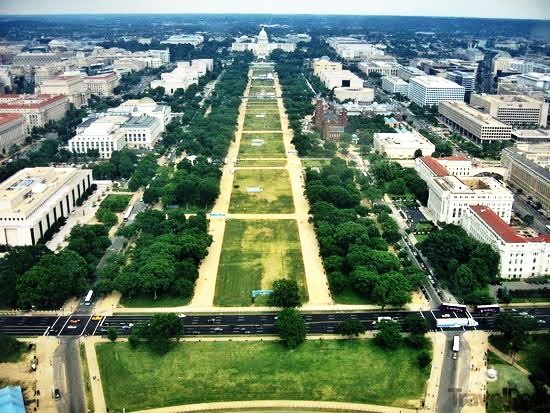 You would think. But the Smithsonian has not thought about this at all, because there were NO PANTS in ANY gift shop. The ONLY thing that could have worked was a $60 orange space jumpsuit. I was unwilling to pay that amount of money, and I’m fairly certain my daughter would have vehemently refused to wear said orange space jumpsuit. So we walked around ALL DAY with our wretched child in her un-godly-smelling jeans. This is where I learned several more things, including:

4. The National Art Gallery is not that interesting when you’re standing next to a child covered in vomit.

5. It’s difficult to pretend a child covered in vomit is not yours.

6. If you are an introvert, vomit is your best friend. Nobody talks to you. Nobody makes eye contact. Nobody invades your personal space.

7. Vomit will gain you early entrance everywhere. Just go straight to the front of the line and say how desperate you are to get in to clean up your child. Then don’t clean your child, because you already tried that, and all you did was shred some sub-standard paper towels. (We actually did not use our vomit-covered child to skip lines. I’m just saying that you could).

At the end of the day, we got back in the car, which was smelling fantastic, and drove to our friends’ house where we were staying.

Oh yeah. There’s one more thing I forgot to mention.

The car wasn’t ours. It was my mother-in-law’s.

We parked in our friends’ driveway, and then tried to clean the car properly and get rid of the awful smell. This is where I learned:

8. Febreeze is wholly ineffective against vomit.

I read all about Febreeze in a book called The Power of Habit. It was magical stuff. It got people dates. I think it even led to more than one marriage! It was so good that it fixed everything.

WRONG. Febreeze is no match against vomit. I know this because we sprayed copious amounts of it on the affected areas and left the car windows open all night. But the next day, the horrific smell was still there.

This presented a problem, because that day, we had to give the car back to my mother-in-law. My husband’s parents live about an hour and a half outside of Washington D.C. We had stayed closer to the city with friends for the first part of the trip, but we were spending the last few days with my in-laws.

As we drove, inexorably drawing nearer to our doom, my husband and I wondered, “Should we tell her about the vomit? Or should we try to clean it again and just skip town, praying that she will never know?” This presented quite the moral dilemma. What would you do?

When we arrived at his parents’ house, we quickly got out of the car and went inside, pretending that everything was just fine and dandy–nothing to see here, folks–just move along. We had dinner and got the kids settled. Then as soon as his parents went to bed, my husband and I high-tailed it back into the garage, this time with a box of baking soda and toothbrushes in hand, to make one last desperate attempt to salvage his mother’s car. This is where I was reminded that:

I know this is not a revelation for anybody. As I mentioned, I am an expert in vomit, and I have cleaned it out of every place imaginable. But getting it out of cars where there are a million places for it to slide between and under is one of life’s most unpleasant experiences. So we washed and we scrubbed and we ground that baking soda into the carpet on the floor of the car and just PRAYED that it would work.

When we went to bed that night, I said to my husband, “We have to tell her. If we leave and don’t tell her and the car starts smelling, she’s going to know it was us.” My husband agreed. We had to come clean. But not yet.

The next day as we were driving around in the vomitous car with my mother-in-law at the wheel, my husband confessed. He told his mom that our daughter had hurled in her nice, new car.

We were met with silence. She said nothing for three long seconds. I was so afraid. But that’s when I learned:

10. You should tell your mother-in-law when someone throws up in her car.

She finally said, with compassion and understanding, “Your brother Ben used to do the same thing.” It turns out she understood all about car sickness and kids who threw up all over everything. I breathed a HUGE sigh of relief, grateful that we had told the truth.

Here’s the takeaway for you: The next time you want to get into a high-security building or just want everybody to leave you alone, read your child interesting facts about spiders and hot air balloons, and then sit back and watch the magic happen. No plastic bag necessary. 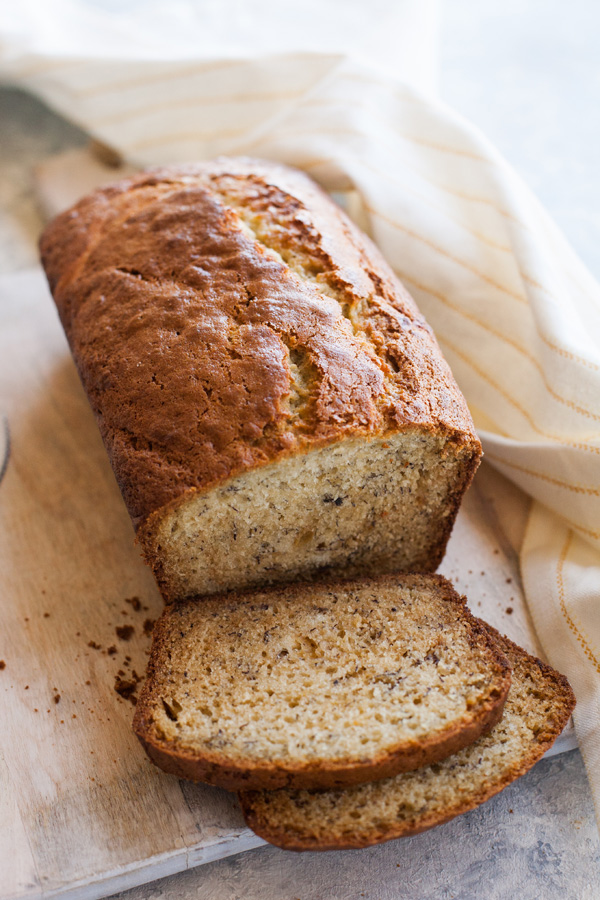